Today instead of writing about what a MASSIVE waste of air & space a certain unnamed president is (rhymes with RUMP)… Moving on…  I decided to show some photos found on Google images to help give a visual impact of the what’s and how’s this administration is effecting people, through cuts to programs such as Meals on Wheels, unconstitutional travel bans and reforming health care. 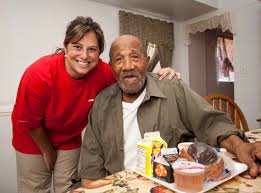 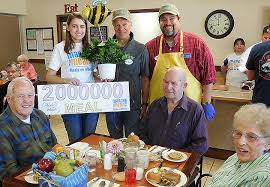 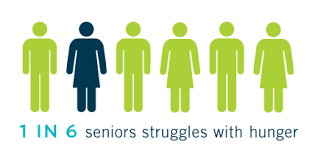 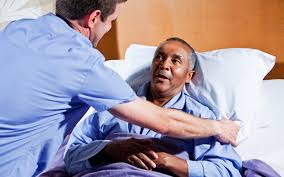 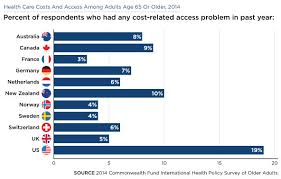 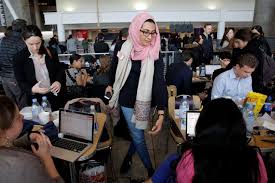 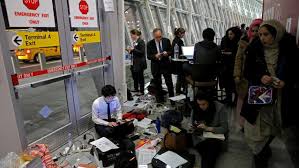 Here is a link below to a tragic story of a woman dying because she was refused entry back into the US.  Please read…

There is an irony that the same supporters of the trump presidency (or as I call it, the trump-impotency) are the ones who may be suffering the most by the changes being made to health care.  This is not a rant against trump or republicans.  I am not in favor of the democratic party either.  In fact, there are dems that are just as at fault.  I am in favor of a government that works for, supports and stands up for people…  Regardless of political party, personal financial interests, gender, race, creed or colour.  In this day and age, it sounds like too much to ask for!

First, let us talk about the republican party working the past seven years to replace Obamacare.  SEVEN YEARS…  These are the exact words of Paul Ryan, stated in a Washington Post online article dated March 9, 2017, written by Mike DeBonis, Kelsey Snell and Sean Sullivan.  “We as Republicans have been waiting seven years to do this,” Ryan said. “This is the closest we will ever get to repealing and replacing Obamacare. The time is here. The time is now. This is the moment.” (DeBonis, Snell, Sullivan 9 Mar 17)  After seven long years of planning, you would think that the repubs could have come up with a plan that wouldn’t affect roughly 18 million people so negatively!  By negative, I mean the losing of their health care benefits.  According to an online article from NYmag.com, written by Johnathan Chait, he states; “The Congressional Budget Office has estimated that 18 million Americans would immediately lose their insurance, a number that would increase to 32 million by 2026.” (Chait, Jan 22 2017)  But is this really a concern for the same people who HAVE covered health care as part of Congress?  Of course not!

There have been comments by repubs (my term for republicans, and I refuse to capitalize the “R” for principle sake) from a repub lawmaker, Jason Chaffetz that says; “Americans have choices, and they’ve got to make a choice. So rather than getting that new iPhone that they just love and want to go spend hundreds of dollars on that, maybe they should invest in their own health care.” (Scott, 7 Mar 17).  This from a CNN online article written by Jason Scott dated March 7, 2017.  Scott’s article also states “A 2013 Pew survey found that among low-income people (those making about $30,000 or less), only 13% used an iPhone that year. And nearly 1 in 4 — 23% — of smartphone owners have had to cancel or suspend their phone service due to financial constraints, according to a 2015 Pew study.” (Scott 7 Mar 17).  Chaffetz later tried to better explain his context, but ultimately said that Americans would need to better prioritize.  I guess what he really is saying is that low income people and families may have to “prioritize” between food, rent and health care.  Chaffetz clearly does not understand the difference in priorities between those in higher-highest tax brackets and those of the lower ones!

There are many (especially on the repub) side who complain that the Affordable Care Act (ACA) is raising rates too high.  Have any of these people considered the cost of health care if without it?  The reason that premiums were affordable to most is because of the contributions made by all levels of income, the lower income workers were basically subsidized.  This in addition to the taxes placed on the higher tax brackets.  Here I circle back to the irony of those who voted to “Make America Great Again” with a chart from an online article produced by The Huffington Post from Nov. 24, 2016.  One could argue that while ObamaCare was not perfect, it did allow many people to receive coverage they may not have been able to get before.  This includes pre-existing conditions, which is HIGHLY important to say…  The coal mining states?  While the repubs say that pre-existing conditions will be covered, at what cost?  Think it will be cheaper than under the ACA?  Not likely…  Furthermore, how about the people of Flint, Michigan?  How many of those currently suffering from the toxic effects of the poisonous water will be effected?

Next I want to discuss the “Winners & Losers” from the repeal of ObamaCare.  If you think that the winning side consists of low income people/families and the elderly?  You would be, as trump likes to say; “WRONG!”  But if you are young, rich or an insurance company?  You are going to just get “tired of winning!”  An online BBC article dated 10 Mar 2017  contains the following:

-Those earning higher salaries stand to benefit the most from the Republican bill, which lifts two taxes levied on the wealthy under Obamacare

-In urban areas, Obamacare tax credits are adjusted not only by family income, but cost of local healthcare, which varies from place to place. But the new plan removes those geographic cost offsets

-Older adults, specifically Americans in their 50s and 60s, are likely to pay more under the new system, even though they would receive larger tax credits. That’s because the Republican proposal allows older adults to be charged as much as five times more than younger policy holders

-Lower Income: The new plan would roll back much of the provisions put in place to protect low-wage earners under Obamacare. It would mean significantly higher premiums and reduced tax credits for middle and low-income earners. It would end the expansion of Medicaid, which covers low-income people… Enrolees making around $20,000 a year at any age would be hit the hardest…

-Urban Areas: Another group that would lose under AHCA is people living in rural areas, where the cost of coverage tends to be higher due to fewer hospitals and insurers. Research shows that health insurance premiums are typically more costly in rural counties and states.  There is another group that needs to be added to the losing side; those who rely on Medicare.  The CNN Money article written by Tami Luhby, dated 12 Jan 17 states; “Dismantling Obamacare would likely mean higher premiums, deductibles and cost-sharing for the 57 million senior citizens and disabled Americans enrolled in the program. It would also bring back the infamous “donut hole” in Medicare’s prescription drug coverage.” (Luhby 12 Jan 17).

If you happen to notice that the losing side would consist of “many, many” trump supporters, you’d be correct!  But here is something that these supporters should take note of provided by an online Vox article written by Dylan Matthews dated 7 Mar 2017; “Republicans is Congress, is that it also contains $600 billion in tax cuts — tax cuts that would save the wealthiest 0.1 percent of Americans nearly $200,000 each in a single year, according to a batch of analyses released by the Joint Committee on Taxation on Tuesday.” (Matthews, 7 Mar 17)

Chart provided by Committee for a Responsible Federal Budget

So for those who continue to support the repubs and this administration, I ask you;

Still feeling that YOU are “tired of winning?”